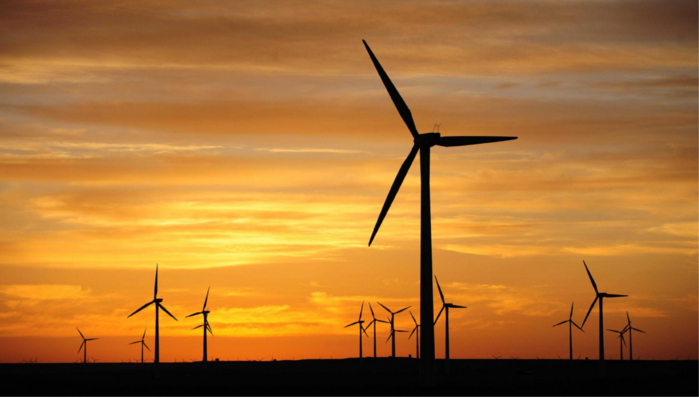 Canberra should look to Beijing as its primary partner for combatting climate change.

With Donald Trump in the White House, an oil magnate as his Secretary of State, and a climate sceptic as Administrator of the Environmental Protection Agency, it’s safe to expect four years of American inaction on climate change policy. Trump infamously claimed in a tweet that ‘the concept of global warming was created by and for the Chinese.’ During the presidential campaign, he vowed to withdraw the US from the Paris Agreement – a threat he is likely to follow through with.

At best, Washington will continue to be ambivalent about climate change; at worst, the Trump administration will undo much of the progress made under his predecessor. Meanwhile, China is surging ahead in its efforts to combat climate change.

In many aspects, China is already a leader in the green economy. In 2015 it invested US$102 billion in renewable energy – more than the United States and European Union combined. In the same year, China surpassed Germany as the nation with the largest photovoltaic solar capacity. With 3.5 million people working in the renewable energy sector – five times more than in the US – China is emerging as a global leader in clean energy.

Late last month, Beijing ordered 13 provinces to scrap 104 coal-fired projects and re-announced A$400 billion worth of investment into renewable energy. China has pledged to increase the amount of energy coming from non-fossil fuels to 20 per cent of the total by 2030. Reports indicate that by some metrics, China is ahead of schedule in meeting commitments outlined in the 2015 Paris Agreement.

Australia should welcome Chinese leadership on climate change in place of the ambivalence, uncertainty, and inaction which will grip Washington for the next four years.

Climate change measures and renewable energy research are areas where Australia and China can cooperate with minimal reservation. Australia should welcome Chinese leadership on climate change in place of the ambivalence, uncertainty, and inaction which will grip Washington for the next four years.

One avenue for deepened cooperation with China is the design, planning, and development of low carbon cities, a priority given Australia’s high level of urbanisation. Key to this is the implementation of smart grid and micro grid systems which integrate renewable energy and are capable of supporting large-scale power transition from multiple sources. China has already trialled more than 300 pilots of this project with plans for operational implementation by 2020.

Australia needs to upgrade its energy infrastructure to better incorporate renewable energy sources, and should seek to gain access to Chinese scientists’ latest advances in renewable energy technology. For example, Australia’s import of wind turbines provides an opportunity to improve efficiency and smooth wind energy integration into domestic electricity grid systems. It is in Australia’s interests to be closely linked to developments in China, as Chinese expertise in these areas is inevitably set to deepen.

Of course, Australia and China should ramp up existing cooperation on the research and development of renewable energy technology. Shi Zhengrong, known as the ‘Sun King’, became the world’s first ‘green billionaire’ in solar technology following his time at the University of New South Wales. In April last year, UNSW became home to a Chinese Torch Research and Innovation Precinct, the first outside of China. This entailed an A$100 million investment by the Chinese. One area of research the precinct will focus on is energy innovation, and advances have already been made in efficient next-generation power cables. Other Australian universities should urgently focus on enticing similar projects to Australia.

China’s slowing demand for fossil fuels will have implications for Australia’s long-term prosperity.

A pivot to green technology makes sense economically as well. China plans to reduce its dependence on coal to below 40 per cent by 2050. Valued at A$5.6 billion, coal is Australia’s second largest export to China after iron ores and concentrates, but export volumes of thermal coal to China declined by 28.5 per cent in 2015. China’s slowing demand for fossil fuels will have implications for Australia’s long-term prosperity. By comparison, a recent report found that an Australian coal power plan was twice as costly as an equivalent renewables alternative.

Beijing will continue to seek new solutions to its environmental woes – it certainly has the domestic incentive to do so. Environmental grievances inspire hundreds of protests nationwide every year. According to a 2015 study, air pollution accounts for up to 1.6 million deaths per year in China. Rising temperatures and sea-levels could displace some 145 million people from China’s most affluent coastal areas. Addressing environmental concerns and climate change has become a matter of existential legitimacy for the Communist Party.

Chinese leadership on climate change will have implications for how we think about Beijing’s role in other areas. Faced with the uncertainty in Washington and the consistency of Beijing’s efforts, it would benefit Australia to partner as closely as possible with China on climate change.

Jackson Kwok is a Research Assistant at China Matters