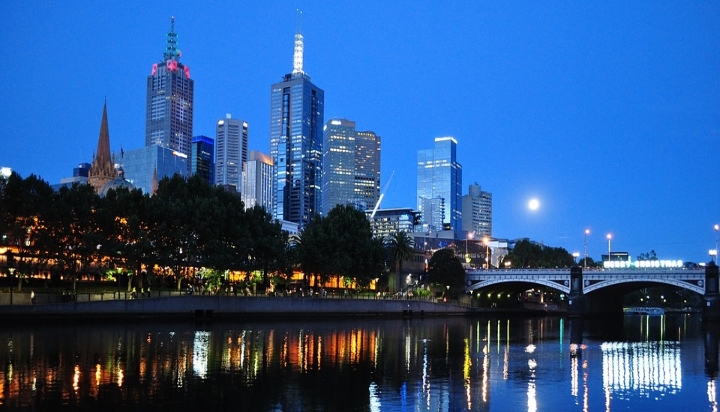 Be Wary of the China Narrative
Cecilia Ren

China is increasingly seen as both good and evil in the common narrative which prevails in Australia. This ambivalent feeling is reflected in the recent Lowy Institute poll which showed that while a majority of people think China is more of an economic partner than a security risk, almost half (46%) still worry that it remains a potential military threat.

These sort of conflicting popular perceptions of China also prevail in the Australian business community. China is perceived as being an abundant source of capital for foreign investment in Australia and a vast new market for trade and investment. But yet it is also seen as home to opaque business practices, complex capital structures, unpredictable domestic regulation and inadequate rule of law – the hallmarks of a politically risky authoritarian regime.

This way of viewing China can translate into simplistic strategies in the hands of the Australian business community, which is prone to looking for either a deal-breaker or a deal-maker. As a result of this polarised approach, risks and rewards are either over- or underrated.

For example, many Australian investors think that the ownership structure of Australian-listed Chinese companies is too complicated and so likely to be vulnerable to fraud. Only a handful understand that these structures are a prerequisite for a Chinese company to be listed overseas because Chinese regulators do not want a Chinese company to directly list overseas. Therefore an offshore listing entity and an onshore operating entity as its subsidiary are necessary. Some of the most successful Chinese companies listed overseas, such as Alibaba and Tencent, use a more complex structure than what most Australian investors have seen – the Variable Interest Entity structure, putting an extra layer of entities in between the listing entity and the operating subsidiary. These complex corporate structures do pose challenges for overseas investors, but the real risk of fraud depends on the individual company management. If US investors shunned Alibaba and Tencent just because of this, great opportunities would have been missed. Similarly, Australian business communities must learn to understand and work with these corporate structures if they wish to find decent business opportunities.

there can be an excessively positive perception that expanding into China is always a good growth strategy, and this is a common narrative until problems occur.

On the other hand, there can be an excessively positive perception that expanding into China is always a good growth strategy, and this is a common narrative until problems occur. Two large Australian bio-tech companies, CSL and Cochlear, announced China investment plans in recent months and they were generally lauded by the market. But earlier when Wesfarmers announced the takeover of a UK houseware chain, the media reported different views about the feasibility of the expansion plan – which was not seen in either of the China cases. Unrealistic market optimism about expansion into China can be dangerous for many Australian SMEs by giving them false hope about what can be achieved. China’s higher annual growth and growing per capita income do not flow easily to the bottom line of Australian companies. When ambitious expansion plans don’t succeed, the whole market swings towards pessimism about China. This cycle only seems to repeat itself.

Australians need to abandon these China narratives in order to build a rigorous evaluation model.

Australians need to abandon these China narratives in order to build a rigorous evaluation model. Business owners and investors should be wary of mainstream news reports reflecting these common stereotypes. Instead, they should seek out more in-depth business information on China from non-government organisations and business or trade institutions. Going to more specialised industry events will also allow investors and small business owners to meet industry experts and participants who can explain regulatory issues and common practices which relate to their specific sector.

Nevertheless, the mainstream media needs to move on from simplistic China narratives because media reports still set agendas and influence perceptions. Most China related media reports cover business and politics, whereas a wider spectrum of topics including culture, education and societal trends need more attention. They could provide a more comprehensive view of China and thus allow insights into business practices and political developments that would otherwise be concealed.

There are already many exchange and education initiatives supported by the Australian government that don’t receive enough media attention. Participants in these programs deserve more attention because they have firsthand experience and can offer more neutral and diversified opinions on China-related issues. While these initiatives may not directly deal with business issues they can expand the diversity and sophistication of the discussion about China. This in turn will facilitate more comprehensive evaluation of potential business deals by providing more accurate information about China’s diversity.

Cecilia Ren is an Analyst at Amery Partners. Neither the author nor her firm owns stocks of companies mentioned in this article.