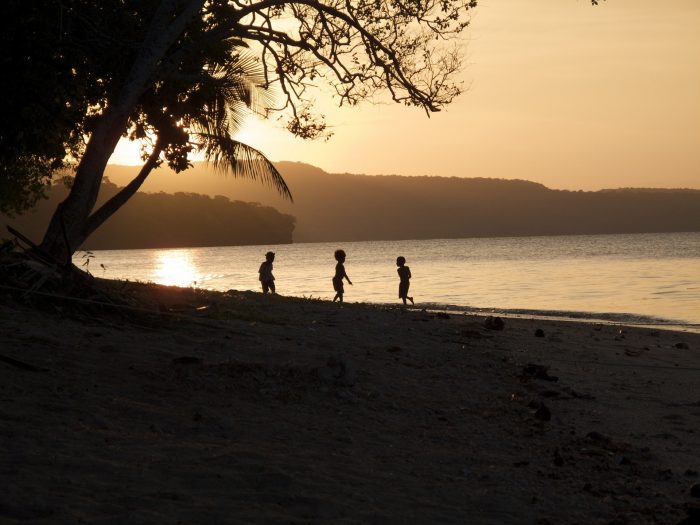 The Belt Road Initiative (BRI), an ambitious infrastructure investment program of the People’s Republic of China (PRC), has led to substantial debt burdens among several countries in Australia’s periphery which threatens their economic independence and sovereign decision-making autonomy. Canberra’s challenge is to find ways to counteract Beijing’s growing influence in low-income Pacific nations, which have long been considered a part of Australia’s foreign policy backyard.

The Center for Global Development reports that as many as eight nations globally have become highly susceptible to debt distress, which has resulted in a major dependence on PRC financing for BRI projects. A second report by Harvard suggests the number of nations vulnerable to the PRC’s debt diplomacy is around 16. To put in perspective the potential economic stresses of the PRC’s BRI diplomacy, Pakistan was recently forced to cancel a $14 billion mega dam project because of unfair debt servicing terms. Nepal and Malaysia have also recently cancelled high cost projects over their questionable economic viability.

For Australia and these lower income nations in the Pacific, the Hambantota Port fiasco – where Sri Lanka was forced to give up the port to the PRC for a debt to equity swap – looms as a particularly salient lesson in BRI practices. As the Chinese saying ‘qi hu nan xia’ (骑虎难下)states, when riding a tiger it is not always easy to dismount. The challenge is that these debts require countries to rely on the PRC to maintain solvency. BRI terms and conditions ensure that low-income countries are financially dependent on the PRC. Australia should be concerned about the implications of this dependency on the regional order.

Australian policy has been to encourage the growth of liberal democratic institutions in the region. This is currently being undone by the BRI. In the Pacific island context, half of Vanuatu’s foreign debt is owed to Beijing. In Tonga the number it is approximately 60 per cent. Papua New Guinea is indebted to the PRC close to $590 million or a quarter of all its debt.

Significantly, the BRI has been linked to increasingly corrupt and weak political institutions. According to Transparency International’s Corruption Perceptions Index 2017, Papua New Guinea rates at 135 of 180, with Vanuatu at 71 (Tonga was not rated). For contrast, in 2017 Sri Lanka was rated at 91 and Pakistan at 117. Anti-corruption efforts within the civil service in these nations are strongly repressed.

The BRI compounds corruption via non-transparent bi-lateral contractual arrangements. Projects are not assessed based on economic viability; BRI loans do not conform to OECD standards nor to Paris club norms on lending. Institutional graft is often a problem in PRC, which is sometimes in repudiation of the long-standing policy of non-interference. Witness the Chinese ambassador lobbying in support of Sri Lanka’s former Prime Minister Mahinda Rajapaksa in 2015, or the reportedly millions funded through a Chinese cooperation to buy votes for the pro-Chinese government.

There is currently a campaign to escape PRC financial dependency. Tonga, for instance, has called for a united position among Pacific nations to call for PRC debt forgiveness. Only by collective bargaining will these nations “find a way out” of the debt dependence the BRI has created. So far, however, leadership for this campaign has been lacking. Canberra has kept the issue at arms distance.

The Australian government is not currently geared toward meeting the challenges the BRI brings to its borders. The aid budget remains historically low, falling from 2012 to 2021 by 32%. Recognition of the possibilities and probabilities of debt distress and debt beholden-neighbours to Australia’s foreign policy are understudied.

Part of the problem lies in a comfortable but ultimately flawed recognition that Australia remains the largest aid donor to many small Pacific nations. The reverse side of the coin is that Australia is not the largest holder of its debt, considered more significant when it comes to leverage.

Australia is in a strong position to lead in this debate and to provide debt relief, although so far it has refrained from taking a position.

To take into consideration the concerns offered above, this paper recommends that the Australian government should establish a bipartisan commission to examine Australia’s role in debt relief to address BRI shortcomings, and if necessary to counteract Beijing’s growing influence and leverage over low-income Pacific nations. This should include stakeholders from the Department of Foreign Affairs and Trade, ASIO, and importantly the Pacific island nations.

Adam Bartley is a Senior Tutor at RMIT University, and is also writing a book entitled ‘Chinese International Relations Theory: As Emerging from Practice and Policy’.