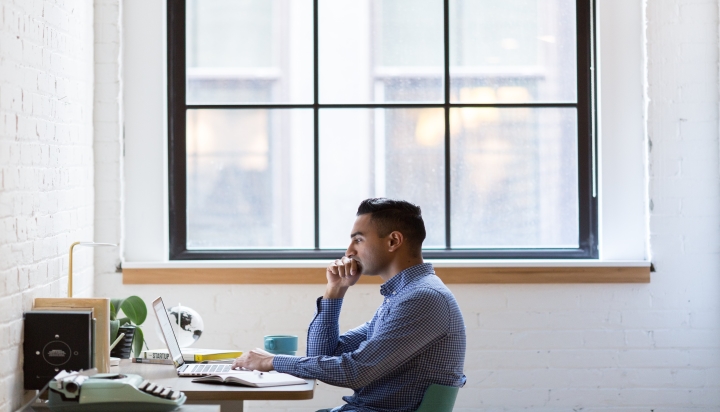 2015 was an interesting year for Australian start-ups in the People’s Republic of China (PRC). In mid-June, the Shanghai stock market collapsed, losing nearly 30 per cent and more than US$2.8 trillion in value within a month. China’s early stage venture investing market then turned from a euphoric bubble to a freezing low. But few could have guessed that merely a year later in 2016, Chinese venture capital commitments would exceed US$50 billion, nearly matching the United States for the first time.

With so many opportunities available, the Australian government should spare no effort to ensure Australian start-ups targeting China’s market have every chance to succeed.

This excess capital is not just fuelling the Chinese start-up ecosystem, it is also drawing the attention of Australian founders. At the start of 2015, few Australian entrepreneurs had any interest in China. Fast forward to 2017, observing from my base in Beijing, many Australian entrepreneurs are now thinking about China, both as a market and a source of capital. With so many opportunities available, the Australian government should spare no effort to ensure Australian start-ups targeting China’s market have every chance to succeed.

But the PRC is not one market; rather it is the sum of 34 unique markets consisting of its provinces, regions and municipalities. With this in mind, Australian start-ups should never attempt to tackle China as a whole and instead select one province or even one city first and go deep. Australian start-up hubs like Austrade’s Landing Pad in Shanghai and Australian co-working space provider Fishburners Shanghai are excellent starting points, and such initiatives should be expanded.

However, start-ups should realise different cities specialise in different industry verticals and pick their initial market entry accordingly. Both start-ups and ecosystem supporters like the Australian government should place greater emphasis on Tier 3 cities – less developed than the metropolises of Shanghai and Shenzhen – by engaging with industries in which these cities have an advantage. The opportunities that come with the chaos of a developing market are no longer present in Tier 1 and some Tier 2 cities.

Start-ups are encouraged to invest more time and energy into understanding China’s domestic politics. The recent 19th Communist Party Congress was a timely reminder of party-state supremacy where Party policies can have a significant impact on business opportunities.

First promoted by Premier Li Keqiang at the World Economic Forum’s 2014 summer gathering in Tianjin, the top-down ‘mass entrepreneurship and innovation’ policy has resulted in new mandatory entrepreneurship programs throughout the Chinese education system, opening up a whole new niche in the sector. Fintech is another sector where there are significant regulatory risks and opportunities, where peer-to-peer lending laws and the recent ban on initial coin offerings are all underpinned by a concern for social stability, one of the pillars of the Communist Party of China (CPC).

Australian government departments, as well as relevant institutes and companies, produce high-level industry reports. However there should be more coherent analysis of specific CPC policies and their potential direct implications on business in China. The Australian government can assist this by facilitating a working group of experienced founders and investors in the Chinese markets to share experiences and analysis.

To be successful in the Chinese markets, it is first and foremost about execution. If one’s technology or brand has been ‘copied’ and is more successful in China, resources may be better spent on understanding why the original could not achieve the same level of success. Perhaps it is better to ‘copy’ some of the Chinese execution, rather than engage in long intellectual property battles. In addition, it is worth keeping in mind that China is very advanced in some areas of deep technology such as artificial intelligence and soft technology such as payments.

It is time to come up with a systematic method for the Australian government to first discover and then engage with start-up entrepreneurs and early stage investors with real China experiences.

The above recommendations would be obvious to anyone who has spent substantial time in China building or investing in companies. Yet, from the founding teams of start-ups to the Boards of ASX companies and industry peak bodies, there appears to be a systemic lack of Australians with real China experiences. Such experiences not only help individual start-ups and established companies but also help to inform the Australian government of how to provide the best opportunities for Australian innovation to succeed in China. Perhaps it is time to come up with a systematic method for the Australian government to first discover and then engage with start-up entrepreneurs and early stage investors with real China experiences. Existing bodies such as AustCham and the Australia China Business Council have been active in engaging with established businesses – perhaps there should now be a working group to focus on start-ups.

Jemma Xu is the Beijing-based founder and CEO of Tripalocal, an Advisory Board Member at Haymarket HQ and an early stage investor in China focussed edutech and fintech startups.

The opinions expressed in this article are the author’s and do not represent the views of China Matters.
(Photo: Perzon Seo via Flickr)