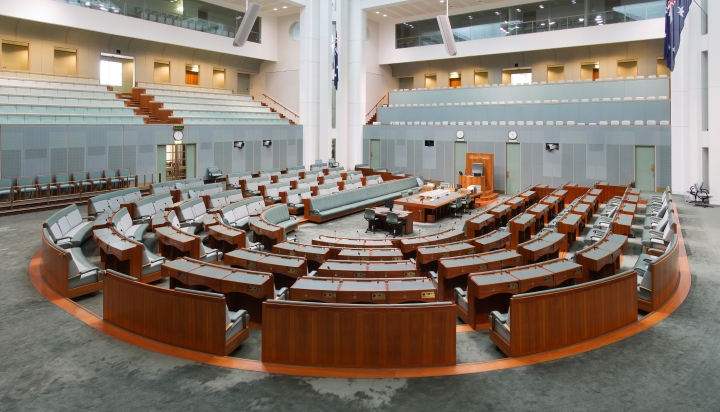 When NSW Senator Sam Dastyari resigned from the opposition front bench in September 2016 he had broken no Australian electoral laws or any formal rules of the NSW Labor Party. Rather his resignation, for allowing an entity with alleged links to the People’s Republic of China (PRC) to pay a $1,600 travel debt, was the result of a swift and vocal public backlash.

Less than a year later the Senator found himself in hot water again after a joint investigation by Four Corners and Fairfax Media accused him of breaking with the Labor Party’s stance on the South China Sea in exchange for a $400,000 political donation from billionaire Huang Xiangmo, a citizen of the PRC and permanent resident of Australia. Aired during a period of heightened suspicion of foreign interference in democratic processes, the report has sparked fierce debate in Australia about foreign donations to political parties.

At a time when faith in representative government around the world is being challenged, Australia should take the opportunity to amend the way we regulate foreign donations.

During his resignation statement last year, Senator Dastyari declared “what I did was within the rules, but it was wrong”, words that speak to the heart of the problem with our current donations system. At a time when faith in representative government around the world is being challenged, Australia should take the opportunity to amend the way we regulate foreign donations.

Political donations are by their nature intended to influence policy decisions, and are a legitimate form of participation in the democratic process. In the space of a decade total political donations in Australia have more than doubled from $12.3 million in 2005-06 to over $30 million by the 2016 election. For all of the controversy around foreign donations, they actually make up a small part of that total. In 2015-16 foreign donations accounted for just 2.6% of total donations to political parties. In fact during the last seven election periods, the proportion of foreign donations has only once topped 6% of the total (in 2013).

Why then are we so concerned with foreign donations? For many it comes down to the issue of sovereignty – that only Australians should have the power to influence Australian politics and elections. The Four Corners investigation revealed that ASIO had expressed this exact concern to politicians as early as 2015, having briefed both the government and the opposition on the donation activities of two PRC-born property developers, Huang Xiangmo and Dr Chau Chak Wing.

The issue with foreign donations is that they can be used to buy access to ministers, politicians and advisors, in what the OECD’s José Ángel Gurría refers to as “influence peddling”. Important donors are invited to fundraising dinners and private events, giving them face-to-face access to key decision makers. Furthermore, as Sean Kelly points out, “[politicians] are smart, and don’t generally have to be asked directly for a favour. They know that donations are crucial to their electoral fortunes, and therefore to their ability to earn an income.”

Ultimately, this behaviour, both actual and perceived, undermines the public’s trust in their elected representatives and political institutions. When people believe that political influence can be bought, it damages the whole system of representative government. Even if individual MPs can be voted out, a loss of trust in the political process weakens our democracy.

This problem is multiplied when the entities attempting to influence Australian politics have connections to a foreign government, as is the case with many PRC donors.

This problem is multiplied when the entities attempting to influence Australian politics have connections to a foreign government, as is the case with many PRC donors. Businesses with PRC connections are by far the largest source of foreign donations to Australian political parties, with the ABC revealing that between 2013 and 2015 PRC-linked businesses and individuals donated more than $5.5 million to Labor and the Coalition.

Many other countries have already cottoned on to this threat of foreign influence. Australia remains one of a handful of developed nations that does not ban foreign donations to political parties. In fact, Australia is one of only two English-speaking democracies in the world that permit them. The other is New Zealand, where foreign donations are capped at NZ$1,500.

In the last decade various attempts to amend donation laws have failed to get through Parliament. Most recently, in February 2017, Labor introduced the Commonwealth Electoral Amendment (Donation Reform and Transparency) Bill, which again proposes to ban all foreign donations and lower the disclosure threshold to $1,000. Importantly, the bill also proposes to ban donation splitting, where donations are spread between party branches and business entities, and to replace annual donation disclosure with real-time reporting.

These measures alone won’t fix all the problems of political financing in Australia. They don’t address the question of donations from third-party groups or the role of multinational corporations. There also remains the crucial question of dual nationals. Dr Chau for example holds Australian citizenship, and would therefore remain entitled to make donations if Labor’s bill is passed.

Australians have good reason to be sceptical of foreign influence in our politics, particularly from the PRC. Whether malicious or not, entities associated with PRC state organs have shown great interest and skill in exerting soft power through education, civil society and the media. While measures to prohibit foreign donations won’t end the Australian public’s mistrust of the PRC government, it will demonstrate our politician’s commitment to protecting the sovereignty and transparency of our own political processes.

The opinions expressed in this article are the author’s and do not represent the views of China Matters or the NSW Government.
(Photo: Wikimedia Commons)