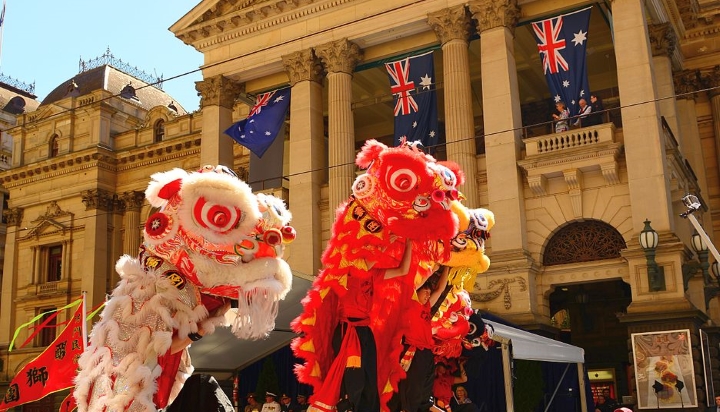 The 2017 Foreign Policy White Paper reflects the increasing complexity of Australia’s relationship with the People’s Republic of China (PRC) and the need to balance trade, investment, and security. Whilst two-way trade remains strong and healthy, the PRC’s assertiveness to expand its geopolitical presence and influence in Australian politics has caused much concern and frustration for Australia.

To help Australia unlock this complexity, it needs to use every tool at its disposal. One of the tools that have yet to be used to its full potential is Chinese-Australian communities.

Australia-China relations have faced challenges in recent times as a result of the Sam Dastyari and Huang Xiangmo political donations scandals, the ongoing media coverage of Chinese influence in Australia, and the Turnbull Government’s new foreign interference laws. Furthermore, the actions of Huang Xiangmo and Chau Chak Wing have tarnished the reputation of Chinese-Australian communities. To break down these tensions and misunderstandings, it requires Chinese-Australians to be more active in foreign policy to help Australia and China navigate through the cultural nuances and political complexities surrounding these issues.

In his opening remarks at the launch of the white paper, Prime Minister Malcolm Turnbull mentioned Australia’s success as a multicultural society and recognised the role of the one million Australians of Chinese ancestry. Having the prime minister recognise this feature is a positive start.

The white paper states that Australia is committed to advancing its comprehensive strategic partnership with the PRC. Australia’s relationship with the PRC has moved beyond trade and investment and into strategic matters such as defence, research, combating transnational crime and law enforcement. To deliver these outcomes, Australia needs to involve and engage Chinese-Australian communities to help influence the PRC in a positive manner. The Australian Government through the Department of Foreign Affairs (DFAT) can start by appointing a working group of Chinese-Australian representatives, which could be guided by the Australia-China Council (ACC), provide ongoing policy advice, and develop outreach initiatives and recommendations from Chinese-Australian communities to the government.

One of the key takeaways from the white paper was the government’s commitment to work with Australia’s diasporas and culturally diverse communities. The paper states “these communities often have the connections, language skills and cultural understanding to assist Australia to deepen ties with other countries. The numerous communities who have their roots in the PRC and from Overseas Chinese origins are no exception.

Chinese-Australians are in a unique position. We understand both sides and have the ability to navigate between both cultures. I experienced this firsthand when I coordinated and facilitated the establishment of the sister/friendship city relationship between Xi’an and Hobart. A significant attribute that led to the successful delivery of this project was my team’s language and cultural skills to build trust and confidence between both sides. The conversation started with both sides not knowing each other existed to developing one of Australia and China’s most unique sister/friendship city relationships.

Like any successful relationship, it requires trust, respect and confidence – attributes Chinese-Australians can help Australia provide in its dealings with the PRC and vice versa due to our shared sense of belonging such as beliefs, culture, language and heritage. The Chinese-Australian perspectives on the bilateral relationship need to be heard if we want to understand how the PRC works, what the government in Beijing is thinking and to develop strategies to maintain and build on this relationship.

Part of Australia’s uncertainty and nervousness with the PRC derives from the difference in political systems, law, culture and values. From my own interactions with PRC officials, the PRC does not fully appreciate our political and legal systems due to a lack of knowledge. Our 45-year bilateral relationship is mature enough to allow us to have a frank conversation about our political agendas. From senior ministerial to community levels, and within academia, these political dialogues should be conducted in an environment that allows candid and fearless discussion in an informal setting.

Australia has an incredible human resource that is heavily underutilised. We need to embrace and empower Chinese-Australians by giving them a platform to share their views and have a presence at decision making tables. Government departments, academic institutions, businesses and think tanks should invite Chinese-Australian representatives to participate in discussion forums, conferences and research. Chinese-Australian community representatives must be more proactive and reach out to relevant stakeholders to express their opinions and perspectives. I, for one, am more than willing to work with both sides to foster a more productive, positive and trusting relationship.

Jieh-Yung Lo is a Chinese-Australian writer and policy advisor. He is currently working on his first book My Chinese Australian Story. He tweets at @jiehyunglo.