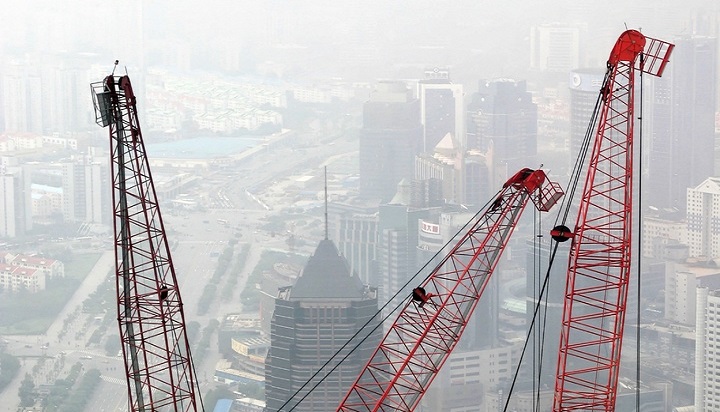 The Belt and Road Initiative (BRI), formerly referred to as One Belt One Road or 一带一路, was a concept borne, on the one hand, to remedy structural inefficiencies, local debt and rampant overcapacity, and, on the other, as parallel trade architecture to counter the Trans-Pacific Partnership (TPP) and bolster the standing of the People’s Republic of China (PRC). ­

The BRI represents a latent microcosm of our larger engagement strategy with the PRC. However, Australia is yet to formally endorse the BRI. Moreover, domestic public opinion about Australia’s involvement is pessimistic. So are we at risk of missing the boat?

Major Australian ore producers Rio Tinto, BHP, and Fortescue are primed to benefit from this transcontinental appetite for infrastructure investment boasting  entrenched sectoral structural power, massive break even advantages and vessel roundtrip times around half that of Brazilian counterparts. Stubborn PRC domestic ore production is finally falling, with last month’s output the lowest for a non-winter period since 2008.

There are, however, major risks associated with BRI.

As Future Risk’s Tristan Kenderdine notes, BRI projects and international capacity cooperation behind them ‘cynically export China’s industrial policy, circumventing the established trade and investment architecture … As China domestically struggles to contain the local government debt built up, export of the investment-driven industrial model, which is what ICC [International Capacity Cooperation] represents, will inevitably export the lax banking standards and endogenous risk to other middle-income countries which do not have the financial infrastructure to survive a collapse.’ More bluntly, as he revealed to me in a novel manner ‘If you are exposed to China’s state capital then you are exposed to China’s local government debt and no one wants to know how that sausage is made’.

Peter Cai has demonstrated feasibility apprehensions with BRI projects. Cai quotes Andrew Collier, Managing Director of Orient Capital Research, ‘It is pretty clear that everyone is struggling to find decent projects. They know it’s going to be a waste and don’t want to get involved, but they have to do something’.

So how does Australia intend to proceed? Should it be business as usual and are we content to again be seen as the dustbowl of the PRC, or can we learn to more broadly balance the benefits of BRI engagements while mitigating exposure to capital risks?

Should BRI infrastructure projects prove fruitful, there will be new industrial clusters in East Africa, Central Asia and the Middle East all needing resources and iron ore for steel manufactures, along with industry expertise. 139 ASX companies are in 34 countries across Africa, making Australia the largest international miner on the continent.  Government and industry level dialogue with bodies such as the Australia-Africa Minerals & Energy Group need to be increased to include more participants looking to understand opportunities and operational risk.

The Australian government at all levels should foster new relations with emerging economies along BRI to capitalise on the downstream effects of BRI. Examples include the 2014 Memorandum of Understanding (MoU) with the Common Market for Eastern and Southern Africa (COMESA) that focuses on technology for mining, energy and agriculture

Australia should persistently leverage its positions in institutions such as the Asian Infrastructure Investment Bank to create strong risk culture, strengthen governance frameworks and ensure opportunities for Australian contractors to bid under open procurement models. Increasing transparency and accountability will open the door for Australian expertise in services such as project management, engineering consultancy, and financial and legal services.

As BRI facilitates further RMB internationalization, Sydney, as 1 of 20 global official offshore RMB centers should boost its capacity to become a hub for RMB cash and security settlement in the Asia Pacific.

Australia needs to think more broadly about its relationship with the PRC by developing a multidimensional view inclusive of related economies situated along the PRC-led BRI.

Mark Eels has held positions with China Policy, Wikistrat, CSIS, and the Australian Studies Centre at PKU. He holds a Master of International Affairs from Peking University and currently works at New York University.