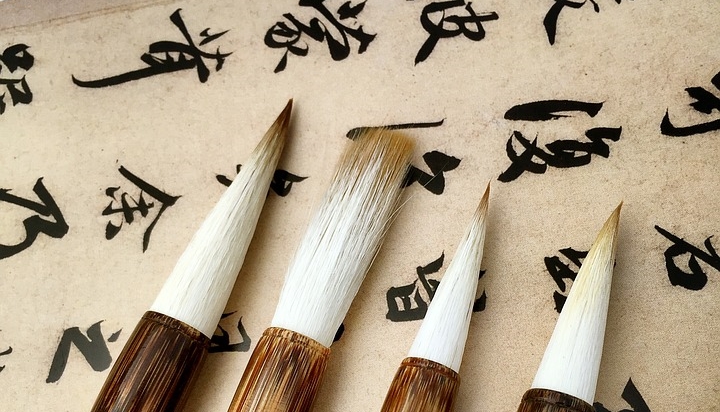 Chinese language education in Australia is failing and requires a complete rethink. Thankfully, a radical but simple solution exists to the current malaise – that is, using pīnyīn (Romanised Chinese) entirely in primary and secondary schooling, and only introducing characters at university-level. This would ensure the focus of teachers and students is on speaking Chinese, rather than memorising characters.

If Australia wants to make the most of China’s rise, we should be leading the world in creating Asia literate citizens. Instead, we are utterly failing in this task, with many Australians holding an outdated and unsophisticated view of China as a land of dragon dances and lemon chicken, a great country to sell rocks to but not somewhere we’re inclined to know more intimately.

Nowhere is the gap between promise and reality more stark than in our approach to language learning. For more than a decade, successive governments at all levels have opined about the need for more Australians to learn Chinese, and have matched their rhetoric with increased spending.

The situation has only worsened, with a follow-up study in 2015 finding that only 2.4 per cent of students who start Chinese continue it to Year 12

Unfortunately, while the number of school children starting to learn Chinese has grown significantly, retention rates remain dismally low. A comprehensive 2010 study by Dr. Jane Orton of the University of Melbourne neatly summarised senior secondary Mandarin learning in Australia as consisting of ‘Chinese teaching Chinese to Chinese’. Since then, the situation has only worsened, with a follow-up study in 2015 finding that only 2.4 per cent of students who start Chinese continue it to Year 12, with only 10 per cent of these coming from non-Chinese backgrounds. In my high school, I was the first student to go on to study Chinese at university in my teacher’s twelve-year career.

There are a range of reasons why non-Chinese-background Australians aren’t succeeding in Chinese. Foremost is the fact that learning Chinese presents unique challenges that our schools, teachers and students are all ill-equipped to overcome. Schools provide students with inadequate time – often just an hour a week – to learn Chinese. Teachers often instruct students in the same way they learnt as children, focusing on the rote memorisation of characters. This not only doesn’t work in the short time available, it also bores students and crowds out more interesting language study. And students struggle to compete with native speakers, for whom studying Chinese is both a good way to stay connected to their heritage and an easy path to an ‘A’.

To all of this must be added the immense difficulty of learning Chinese for a native English speaker. To reach proficiency, learners must grapple with a lack of cognates (words that are similar to their English equivalents, like ‘porc’, and ‘boeuf’ in French); a tonal system which clashes with the (often unconscious) use of emphasis in English; and, most crucially, the need to memorise thousands of non phonetic characters that cannot be guessed or attempted in the way English words can.

It is this last challenge that presents the greatest difficulty. Chinese characters are so trying and take so long to memorise that the Australian Curriculum for Chinese stipulates a level for Year 12 students that is the same as that for Grade 1 students in China. Yet few Australian students achieve even this.

There is an urgent need to re-examine what it is we want students to be able to do by the end of secondary schooling. Do we want students who have memorised a few hundred characters but who, in doing so, have barely learnt to speak and have grown to hate Chinese in the process? Or should school level Chinese focus on verbal communication, allowing students to gain real oral proficiency and, hopefully, a love for Chinese that will encourage them to tackle it full-time at university?

Replacing characters with pīnyīn in the classroom would make genuine proficiency in spoken Chinese achievable for school students.

If it is the latter, then moving to a pīnyīn-based curriculum for compulsory schooling would help. Unlike characters, pīnyīn is phonetic, assisting pronunciation and tones; intuitive for English speakers; and, if mastered, a useful building block for later character study. It is also needed to type Chinese. Replacing characters with pīnyīn in the classroom would make genuine proficiency in spoken Chinese achievable for school students. And many of Australia’s hundreds of thousands of Chinese speakers, and over a million tourists from China a year, would relish the chance to help them practice.

Purists would argue that studying Chinese without characters is like visiting Beijing without eating Peking duck. This may be true in the long-run, but for school students, it is more important to build basic language first, and grow from there – or, as Laozi put it: ‘qiānlĭ zhī xíng, shĭyú zú xià’ (begin the journey of a thousand miles with a single step).

The opinions expressed in this article are the author’s and do not represent the views of China Matters.
(Photo: Alice-wang via Pixabay)