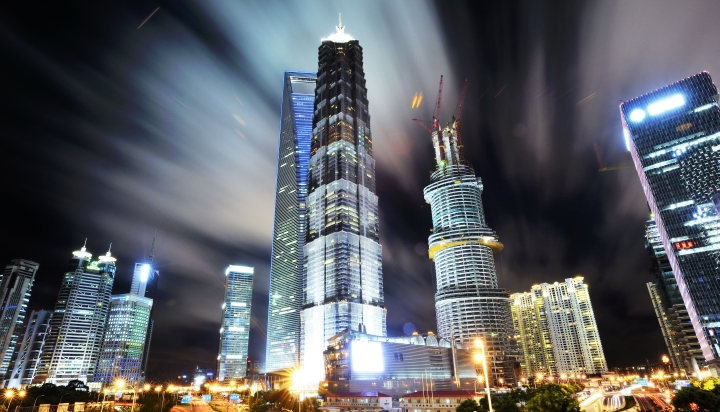 In May 2016, US President Barack Obama made the case for passing the Trans-Pacific Partnership (TPP). “America should write the rules”, Obama said, “America should call the shots”. For if America did not write the global trade and investment rules, China would.

But the election of Donald Trump has changed all this. President Trump wasted little time issuing an executive order to withdraw the US from the TPP. He has pledged to close America’s borders, apply 45 per cent tariffs on Chinese imports, and take an ‘America first’ approach to global trade and investment agreements. We do not yet know how many of these promises will be upheld. Yet invoking them threatens to unravel the US-led, liberal international economic order upon which we have depended since the end of World War II.

We are facing a new world order. Australia’s traditional strategic partners are stepping back, and rising powers like China are stepping up.

We are facing a new world order. Australia’s traditional strategic partners are stepping back, and rising powers like China are stepping up. To navigate this, countries like Australia need to better understand China and its economic goals.

Over the last four years, China has launched the $100 billion Asian Infrastructure Investment Bank (AIIB) and the $40 billion Silk Road Fund. As part of its Belt and Road Initiative (BRI), China has announced one trillion RMB worth of future investment in railways, pipelines, highways and ports stretching from North Africa to the South Pacific. And everywhere from Lima to Davos to Canberra, China’s leaders now appear to be the leading champions of free trade and an open global economic order.

But the scale and goals of China’s economic ambitions have prompted great debate and concern. Many fear that a self-interested, nationalist China seeks to subvert the post-WWII liberal international economic order, or that China will attempt to use its new economic connectivity as the basis for regional domination.

As we in Australia try to understand China and its economic goals, we should keep three things in mind.

First, to understand China today, we need to understand China’s recent past. This is a country whose leaders think in terms of decades- and centuries-long ideas, such as the ‘century of humiliation’ (百年国耻) and the ‘double century goals’ (两个一百年). Sometimes, this history is used by China’s leaders in quite instrumental ways to shape the present, a phenomenon that we tend to observe in the “history wars” that play out in the China-Japan relationship for example.

China’s fairly recent experience of war, imperialism, and economic exploitation at the hands of foreign powers has shaped deeply China’s thinking about economics, development, and security. It is this history that explains China’s unwavering focus on economic modernization as a way to achieve security.

however powerful China is or may become, it is not the only country shaping the international economic order.

Second, we should remember that however powerful China is or may become, it is not the only country shaping the international economic order. Since the collapse of the TPP, for example, many have adopted Obama’s warning that China is now dominating Asia-Pacific trade and investment agreements like the Regional Comprehensive Economic Partnership (RCEP). But describing RCEP as “China-led” or “China-dominated” is a mistake. Such a description might fit geopolitical narratives about US-China conflict, but ignores the significant role that Japan, ASEAN and Australia have played in shaping the evolution of this agreement.

As China continues to roll out BRI, we are likely to see more fear and anxiety about China’s ability to dominate the region and to use its economic power to coerce or influence its neighbours.  Yet as research by Evelyn Goh has shown, whether China manages to achieve influence over its neighbours is determined as much by these countries’ decision-making processes and behaviour, as it is by China’s behaviour and goals.

Third, we must remember that China is not a monolith. This point is well understood by anyone who lives in and works on China, but is not well understood by those outside. We must understand that China’s foreign and security policy is the product of complex interactions between the Party, the State, local governments, private and state-owned enterprises, public opinion, the military and the media. And although Xi Jinping has achieved much greater control of the policy-making system since 2013, he is not all powerful.

Happily, more and more research, including by Linda Jakobson, is helping to focus attention in Australia on these complex interactions. But more needs to be done to help Australian policy-makers, businesses and students understand how China works from the inside. This means greater investment in the study of China and, in particular, how its history and domestic context are shaping the country’s policy choices.

It is equally as important that we invest in the study of China’s Asian neighbours. We should not underestimate how the international economic order will be shaped by the preferences, behaviour and responses of others. Focusing only on China and ignoring every other country in the region is a dangerous analytical mindset that will lead us to overestimate China’s power and influence.

Amy King is an ARC DECRA Fellow and Westpac Research Fellow based at the Australian National University.