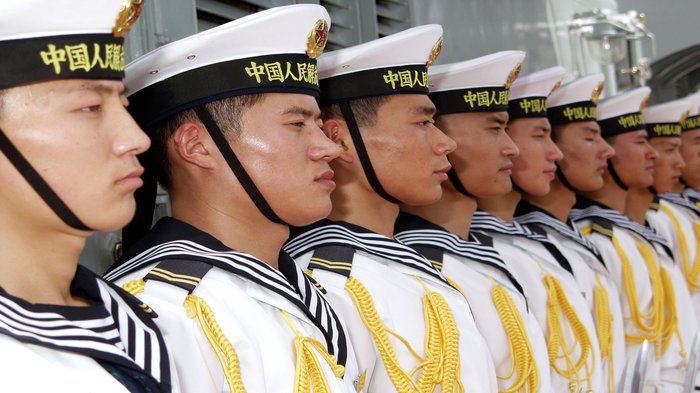 The new year often prompts us to reflect on decisions made in the past 12 months and contemplate whether to adopt a fresh approach to ongoing challenges. Tensions in the South China Sea pose an enduring challenge for the Australian government and in the first few days of 2017 there have been renewed calls to change course on this particular policy.

In 2016 three American freedom of navigation patrols (FONOPs) nettled China’s side as it stood firm on its claims in the South China Sea. In July 2016 the Permanent Court of Arbitration rejected China’s historical claims to a ‘nine-dash line’ in a case brought against China by the Philippines.

Over the past month China has conducted a series of drills in the South China Sea. On January 4 China’s foreign ministry confirmed China’s sole aircraft carrier Liaoning had launched J-15 fighter jets for training and testing purposes. This followed satellite imagery released in December 2016which appeared to show anti-aircraft and anti-missile systems installed on Chinese-claimed reefs.

While China will continue testing weapons and equipment, incoming President Donald Trump is likely to push back

While China will continue testing weapons and equipment, incoming President Donald Trump is likely to push back by continuing US FONOPs. Peter Navarro, recently appointed by Trump as head of the White House National Trade Council, has said that Trump plans to rebuild the American military and is committed to ensuring the US is a ‘guarantor of the liberal order in Asia’.

In December 2016 the Center for Strategic and Budgetary Assessments, a conservative, Washington-based think tank, released a report written by Australian defence strategist Ross Babbage. The report argues ‘One of the least recognized failures of the Obama Administration was its inability to counter China’s territorial expansion in the South China Sea’, advocating for Trump to do more. Save becoming embroiled in direct military conflict, it’s difficult to imagine how President Obama could have halted China’s land reclamation or construction activities.

Babbage’s rebuke extends beyond Obama, accusing US allies such as Australia as being ‘timid and ineffectual’ in response to China. Yet under Foreign Minister Julie Bishop’s leadership Australian foreign policy in the South China Sea has been strategically crafted, taking action proportionate to Australian interests.

Australia regularly exercises freedom of navigation and overflight in the South China Sea through Operation Gateway. In the past year Australia strengthened defence cooperation around the Asia Pacific region: it signed a $2.25 billion defence deal with Singapore; provided heavy landing craft to the Philippines; participated in the first Australia-ASEAN biennial leaders’ summit; and increased joint military exercises with Japan and the US. In 2017 Australia will provide a launching point for the US’ F-22 Raptor fighter jet – a move that was described by the Lowy Institute’s Euan Graham as ‘coercive signalling to China’.

Many seasoned diplomats argue it is not in Australia’s interests to do more in the South China Sea. Nonetheless there are some who continue to mount pressure on the Australian government to join US-led FONOPs. In October 2016 shadow defence minister Richard Marles argued that Australia should engage in FONOPs. In November 2016 Director of the Australian Strategic Policy Institute Peter Jennings said in 2017 Australia should expect a call from Trump requesting participation in FONOPs and respond ‘yes’. In December 2016 US Admiral Harry Harris visited Australia and said other countries should conduct FONOPs. On January 3 2017 Liberal Senator Eric Abetz directly undermined his party’s position by advocating FONOPs.

The strength of Australia’s policy in the South China Sea lies in its resistance to impetuous demands and sporadic calls-to-arms.

Babbage criticises Turnbull and Bishop for ‘one-dimensional and highly predictable diplomatic statements’. Shouldn’t effective diplomacy by its very nature have some measure of predictability? The strength of Australia’s policy in the South China Sea lies in its resistance to impetuous demands and sporadic calls-to-arms.

What would Australia achieve by joining US FONOPs? No other US ally has done so. Babbage himself admits they have had ‘little practical impact’ on China. Other analysts have noted that by conducting FONOPs with such pomp and circumstance, the US has goaded China, or even inadvertently legitimised China’s territorial claims by invoking the principle of innocent passage.

The US and China see each other as destabilising forces in the South China Sea. In October 2016 Julie Bishop asserted: ‘We are not claimant states over the South China Sea, we do not take sides’. Yet shortly after the PCA ruling Australia stood side-by-side the US and Japan to collectively voice opposition to ‘coercive’ actions in the South China Sea; a thinly-veiled admonishment of China. Joining the US’ FONOP program would go even further to send an unequivocal message.

In 2017 Trump’s leadership will only add to the unpredictability of the South China Sea. Foreign Minister Bishop should be wary of heeding advice from strategists who are quick to pin Australia to Trump’s precarious, if not treacherous, coat-tails. In the year ahead Australia will benefit more than ever from maintaining efforts in highly predictable diplomacy.

Hannah Bretherton is a Project Coordinator and Researcher at China Matters.