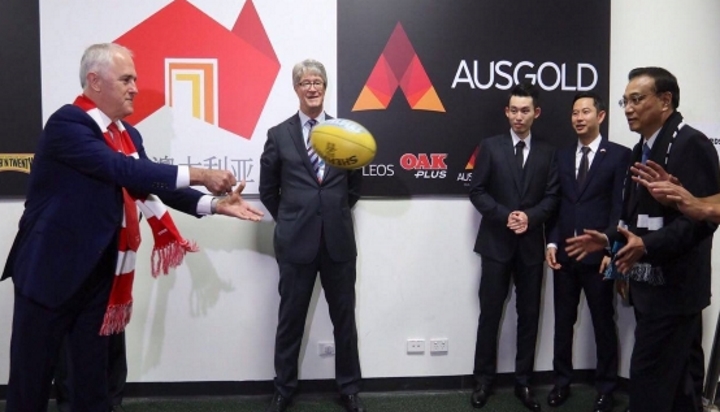 Exporting AFL to China: Can it be more than a game?
Edward Kus

Is Australian sport a community or a commodity? Whichever it may be, can you sell it to China? On 14 May 2017 the Australian Football League will host its first match in China for premiership points. In Australia, passion for sport has the ability to unite people like few other interests. Chinese Premier Li Keqiang recently exemplified this. He was pictured donning both teams’ scarves at an AFL match during his latest visit to Australia. The question is, however, will AFL work in China?

Australian sport (could) become a new dimension in the Australia-China relationship, helping to build trust between the two countries.

I am not sure if it will. But it certainly can, if the AFL can balance the need to be profitable with the need to invest time and money engaging new Chinese fans (whether based in Australia or overseas). If the AFL can find that balance then it could pave the way for Australian sport, and AFL in particular, to become a new dimension in the Australia-China relationship, helping to build trust between the two countries.

Some of the challenges for sport in China are commercial. Others are cultural. On the commercial side, the AFL’s strategy seems to be working so far. The upcoming Shanghai match is sold out. The AFL expects the crowd of around 10,000 people to comprise a mixture of locals and visitors from abroad. That number may seem small in the context of China. But it will be interesting to see some post-match analysis of the crowd demographics. I wonder how many locals will attend, scratching their heads at our peculiar game. Yet if China’s middle class is willing to buy bottled air then, so the thinking goes, perhaps they may also be interested in Aussie rules.

Capturing even a tiny slice of China’s growing middle class market would be lucrative for the AFL. Commercial rights, including merchandise and other licensing rights are lucrative revenue sources. As are the broadcast and content distribution rights. If interest in AFL takes off there is huge potential for growth. Basketball provides a precedent for this. Chinese basketball superstar Yao Ming put NBA on the map for China’s millennials. Now China is NBA’s second largest market. But basketball in China has also faced its challenges. It took Michael Jordan more than four years to win a long-running law suit to stop a Chinese firm using his name on its products. Giving effect to the court’s ruling is another question entirely.

On the community side, team sports (especially dangerous ones) are not traditionally a big part of Chinese culture. Bridging this cultural gap may be a challenge for the AFL. Team sport in China reminds me of when I used to play rugby in China. In 2006 I spent part of the year playing rugby at the Shenyang Sports University. The rugby team consisted of some big, strong young men. All excellent athletes in their own right. But the team’s cohesion suffered because they had not grown up playing rugby or team sports more generally.

I still have the training shirt boasting the rugby club’s name: 大愚橄榄球俱乐部 (Dàyú gǎnlǎnqiú jùlèbù). It is of course just a name. But literally translated it means the ‘great fool rugby club’. I couldn’t help but think maybe the name was emblematic of their perception of rugby. It is objectively (like AFL) a fairly silly game where players must risk life and limb to keep possession of the ball.

But the future looks brighter for team sport in China. China’s investment in developing its next generation of soccer stars means success on the soccer field is officially part of the ‘China dream’. China’s efforts to encourage its next generation to play team sport is one assumption underpinning team sport’s market growth in China. It is too early to say if Chinese kids will really take to team sport. But making sure it is fun and safe is especially important for Chinese parents considering letting their kids participate – especially when they may be nervous about protecting their only child.

The upcoming match will become an interesting case study for Australia-China engagement and, in particular, how to ‘sell’ Australian sport in China.

AFL faces some commercial and cultural challenges in its bid to expand into China. No matter how the upcoming match in Shanghai plays out, one thing is for sure: it will become an interesting case study for Australia-China engagement and, in particular, how to ‘sell’ Australian sport in China. For success with its China plans the AFL needs to take a long-term, relationship-driven view of its role as an ambassador of Australian sport and culture in China.

Edward Kus is a lawyer and China observer based in Melbourne.

The opinions expressed in this article are the author’s and do not represent the views of China Matters or the Australian Football League.
(Photo: Facebook, Malcolm Turnbull)