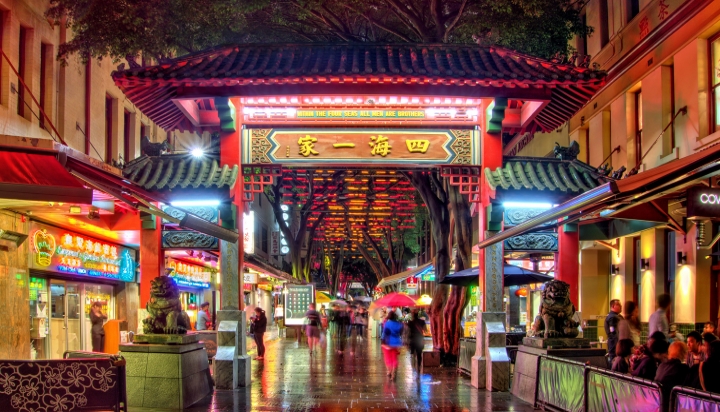 Australia’s relationship with the People’s Republic of China (PRC) is increasingly complex and difficult to navigate. Recent media reports about PRC government influence in this country have demonstrated this complexity, touching on different segments of Australian society. This issue of PRC government influence peddling is not just a question of the reported influence on some sections of the political and educational elite in Australia. Of equal importance in its extent and immediacy is the targeting of Chinese-Australians with the same style of influence. This must be addressed, but it can only be tackled through engaging fully with the Chinese-Australian community.

The attitude of the Chinese state towards overseas Chinese communities assumes, in the words of Gerry Groot, “a ‘common sense’ of understanding of the world shaped by decades of Chinese Communist Party thought work”. Sun Chunlan, head of the PRC’s United Front Work Department, articulated this very point during a visit to Australia earlier this year, telling a group of Chinese-Australians: “As we say ‘a mother always worries about her travelling child’. To all overseas Chinese, including students, you will always be an important member of the global Chinese family”.

The types and levels of influence in question include trying to stifle public debate and discussion, to organising protests and public demonstrations of support for the PRC government position …

This assumption of shared political values sits at the core of the PRC’s relationship with overseas Chinese, and informs the attitude of the Chinese state that foreign citizens are, by virtue of their ethnic heritage, non-negotiable parts of the overall project of national renewal. The types and levels of influence in question include trying to stifle public debate and discussion, to organising protests and public demonstrations of support for the PRC government position, to requests for information and other activities, in some cases even touching on espionage. We have seen many Chinese-language newspapers and radio stations in Australia come under the influence of the Chinese state, permeating and extending the reach of propaganda.

Never before in this country has a foreign power attempted to exercise influence to this extent over and through an expatriate community. As Australia’s first ambassador to the PRC Stephen FitzGerald has written: “[The Chinese state] demands loyalty to China of Australian citizens of Chinese descent, a direct challenge to Australian sovereignty”. But the challenge runs even deeper. Through influence over some Chinese-language media outlets, and expectations that PRC-born Chinese-Australians will temper public comments and interactions out of loyalty to the motherland, we may be witnessing an attempt to deny a group of Australians the full rights of citizenship in a liberal-democratic state.

We must approach the matter of PRC government influence in a way which does not adversely impact our social stability and cohesion.

Under these circumstances, it is too easy to come to see Chinese-Australians as a fifth column, as a suspect class of uncertain loyalties. This view is misleading and ignorant. We must approach the matter of PRC government influence in a way which does not adversely impact our social stability and cohesion. We must start from the principle that most recently arrived migrants from the PRC are unwittingly the object of official interest by the Chinese state. Two courses of action can be taken which will make progress towards curtailing PRC government influence in Australia, and ensuring that Chinese-Australians can freely express themselves without fear.

First, in circumscribing PRC government influence in Australia, the role of the Chinese-Australian community is crucial. The arms of government concerned with security need to make more effort to reach out to these communities, and consciously engage with them on discussions about attempts by PRC government officials to control or manipulate the community. The security services need to build substantial relationships with Chinese-Australians, and provide a secure environment for members of the community to report instances of attempts by the PRC to influence.

Second, the growing influence of the PRC government over the Chinese-language media in this country needs to be curtailed. But before this can happen, the full extent of this influence and control needs to be properly measured and assessed. A government inquiry, public or secret, is needed to capture a full picture of the extent and scope of influence. Once a full picture of that influence has been gained, it must be dismantled. This process might include funding community groups to establish new media outlets.

It is unacceptable that the People’s Republic seeks to use Australian communities to achieve greater influence. For the sake of security and social cohesion, these efforts must be resisted. We cannot accept PRC government influence and control over Chinese-Australians as axiomatic or irreversible. Chinese-Australians are part of the solution, not part of the problem. We can curtail this problem, but we must act now.

Brendan Forde is a Canberra-based academic, writer and consultant.

The opinions expressed in this article are the author’s and do not represent the views of China Matters.
(Photo: Luke Zeme via Flickr)