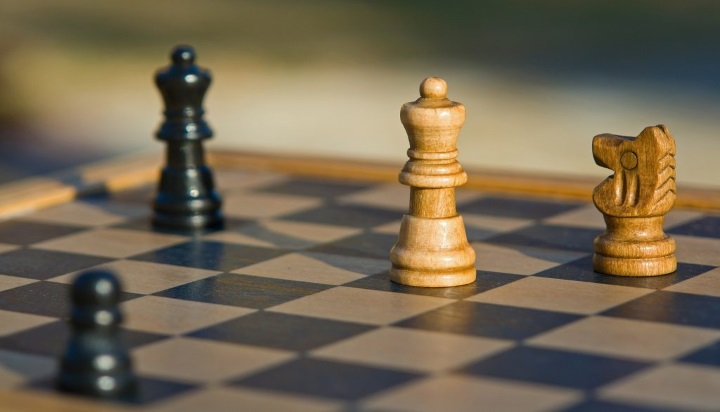 Australia will need to study Chinese cultural knowledge more comprehensively to remain competitive in the ongoing Asian Century. Studying Chinese strategic culture, notably Chinese conflict management principles, is both necessary and the first step to take. To put it simply, the importance of understanding the role of strategy in the People’s Republic of China’s (PRC) business culture and policy formulation is captured by the title of Professor Xuetong Yan’s book “Ancient Chinese Thought, Modern China’s Power”.

We first need to understand that there is an imbalance in strategic understanding between Australia and the PRC. Jack Ma, the entrepreneur who founded Alibaba, has observed thatin the PRC “where you pick one hundred young people, you will find eighty of them can speak at least fifty English words…” whereas in the US, “if you pick one hundred young people, how many of them can speak more than 10 Chinese words?”.

In 2016, the PRC sent over 500 000 students overseas for education and over 80% in the past years have returned. These advantages – greater bilingual literacy and understanding of foreign knowledge – is important not just for the PRC to develop rapidly in economic and technological chin, but also provides the returned students with a broader strategic outlook to help the country better establish a combined understanding of themselves and their competitors.

On the other hand, the English-speaking world is flooded with open information and ideas in strategy, military, diplomacy and statecraft, while ancient Chinese knowledge of those topics remains sealed behind the gate of classical Chinese language. As a result, most of this knowledge is still exclusively accessible to those who read Chinese, such as PRC elites. This means the strategic understanding between the two countries is imbalanced – PRC elites are informed about Western strategy and yet, at the same time, PRC strategy is hidden from foreign eyes.

This body of Chinese knowledge is intellectually rigorous, and a fundamental prerequisite to our relationship to the PRC. While the western business world and the military forces praise Sun-Tzu’s The Art of War as the bible for strategic thinking, the book is but one of the named Seven Strategic Classics in Chinese civilisation. More recently, “Fortune Makers: The Leaders Creating China’s Great Global Companies” highlights the unique culture in top companies in the PRC, but fails to relay to the reader Chinese culture in a substantial manner. Unless Australians acquire better Chinese language skills, it is very difficult to substantially integrate this knowledge into our strategic considerations.

On a purely linguistic note, the gap between Chinese language as a pure logogram and European languages which are all phonograms, is not to be overlooked. In terms of logic, it has been purported that native Chinese-speakers tend to look at the holistic picture first as the Chinese language has addresses and dates described from general to specific, whilst that of the Western languages is in the exact opposite order. Other differences include that Classical Chinese does not operate under a set of grammatical rules, nor does it require the user to memorise and follow an order of alphabets. This in part is one of many contributing factors to the non-linear and lateral thinking of Chinese elites.

These features provide a sneak peek at how differently native Chinese-speakers pass on, modify and process information. However, when discussed in Western contexts, topics like ‘the trajectory of PRC innovation’ never include these viewpoints into their analysis. This identified knowledge gap is the result of a lack of interdisciplinary work between strategic studies and Chinese cultural studies.

The effect of this puts us in a passive and under-informed position in respect to our relationship with the PRC, and could even costus unnecessary confrontations with the country.

Kelvin Chau works in the Australian Public Service and was brought up in Hong Kong. He holds a Master of Strategic Studies from the Australian National University and has a personal interest in classical strategic thinking in Chinese culture.